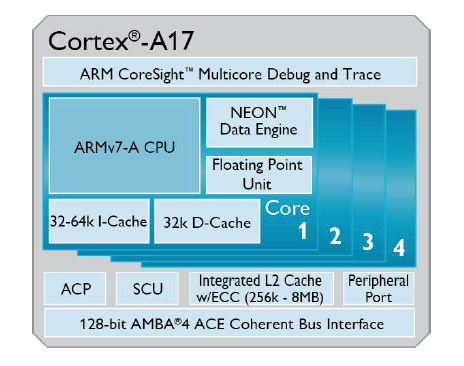 ARM announced today the Cortex A17 processor flavour and Mediatek already rushed to debut a new octa core CPU based on this technology, as we’ve written here. But let’s discuss more about this future ARM endeavour and when exactly it will turn into a commercial product.

The new Cortex-A17 is destined for mobile devices in the midrange to high end market, including tablets and smartphones, but it’s also meant for Smart TVs and other machines. This is a 28 nm A17 chip with big.LITTLE architecture, the one that Samsung employs for its latest octa core processors from the Exynos series.

The A17 brings a 60% boost in performance compared to the Cortex A9, that was so used on modern slates and phones. It’s also paired with a Mali-T720 GPU, offering OpenGL ES 3.0 support and optimizations for lower end Android devices. ARM didn’t mention a time frame for the release, but expects a big push of the new product in 2015. Meanwhile MediaTek sees the first tablets and phones with this CPU launched in the second half of the year. 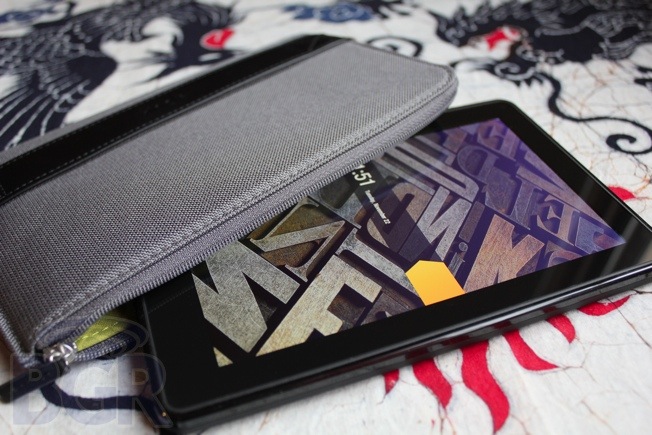 Affordable Tablets to Rule 60% of the Slate Market By 2016