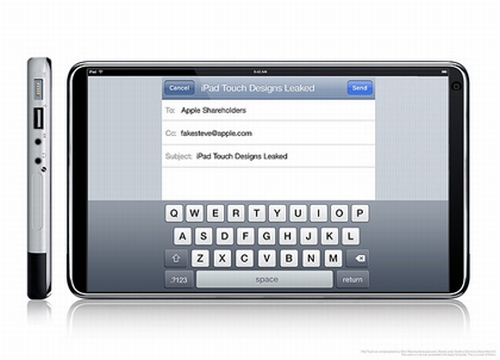 The Wall Street Journal is reporting that Apple will launch a new tablet device this month, with the shipping date being traced to somewhere in March, if everything goes as planned. The multimedia tablet made by Cupertino should feature a 10 to 11 inch touchscreen display and if you’re wondering if these are rumours or real info, know that people from within the company were cited.

We’ve heard the whole Apple tablet story long ago and speculations have been pouring in heavily lately, but finally we get some (almost) official word about it. Apple is planning to make an important announcement on January 27, during an event in San Francisco, probably the debut of said tablet. While the iPhone maker’s spokesmen refuse to comment, we know what’s coming and that the device will be priced between $500 and $1,000.

Meanwhile, all of the articles and rumours have given Apple’s shares a nice boost. The company’s stock value increased 1.6% and reached a closing of $214.01 yesterday. Now let’s see if this gadget makes it big, like the iPhone, or if it remains stuck in mediocrity, like some other overhyped products.