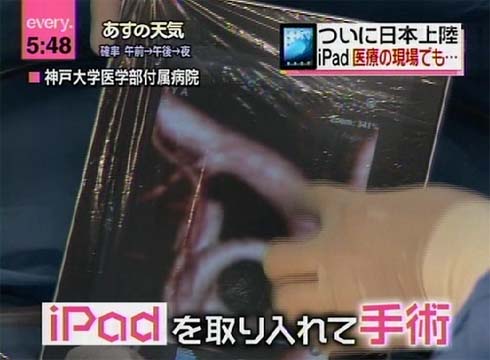 We’ve seen the iPad getting some love from Universities and European MPs, but now it turns out that doctors and hospitals have some reasons to adopt the device as well. The Japanese embraced the tablet already and a couple of doctors used the device during surgery as a display, at a hospital run by Kobe University.

The video below shows a doctor zooming in and out of images shown on the iPad’s screen during the surgery. The device is not as easy to use as it seems, because the tablet needs to be wrapped in plastic and also requires two people to hold it in place and show the display to doctors. One iPad for every doctor on Earth?

Here’s the video of the story: