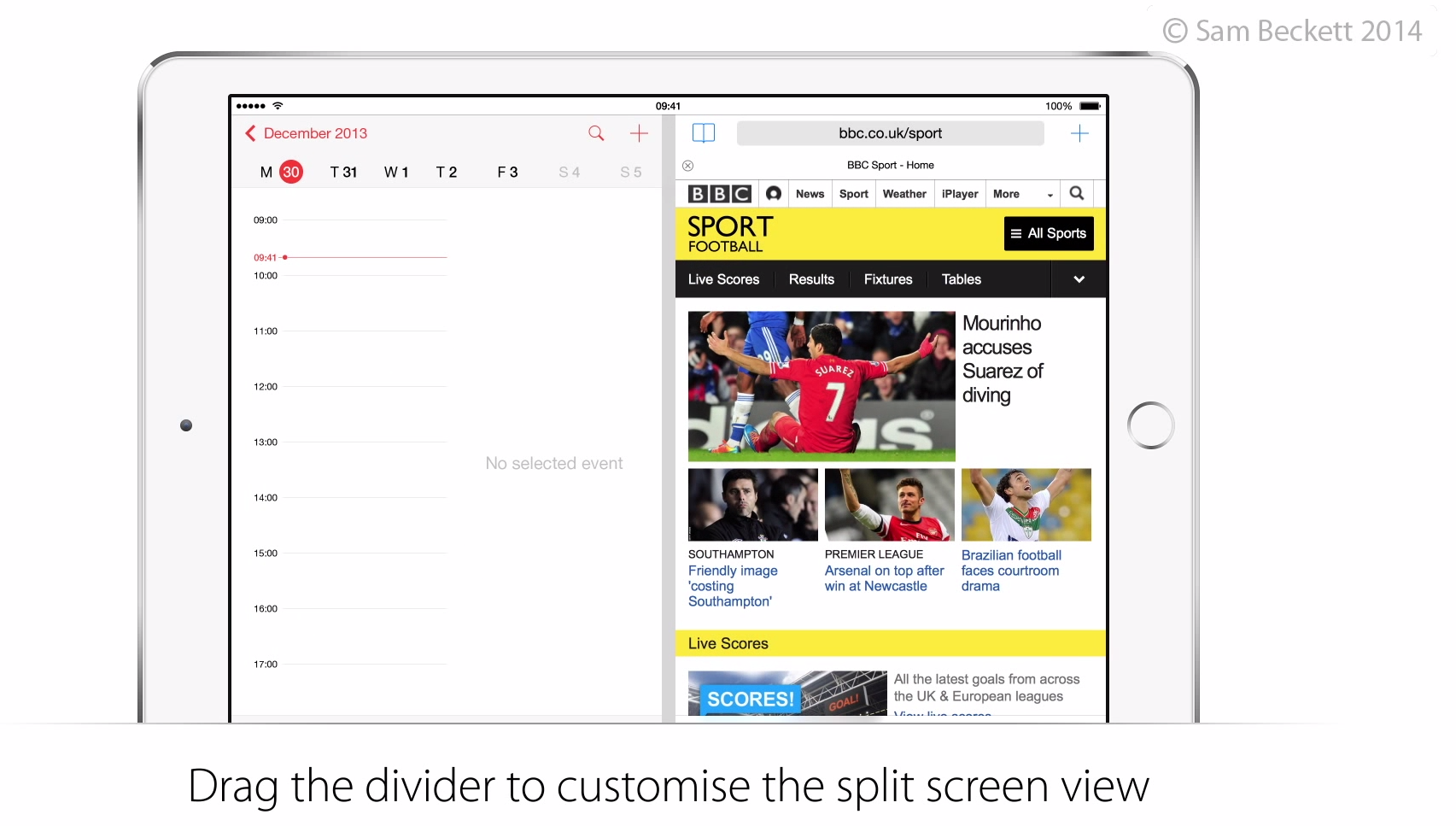 This year at the WWDC, an event that will take place during 2-6 June, Apple could introduce a new option in the iOS 8 for the iPad users, a option called Split Screen Multitasking that allows two apps to run in the same screen simultaneously, a function that it’s already available for Android and Windows 8. 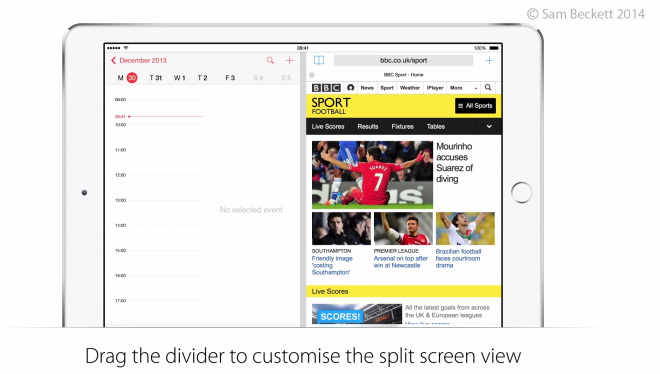 The Split Screen Multitasking option will be help a lot of users that have been complaining about the lack of such a function. As we know, all the oficially apps available on the App Store can run only in indidual in full-screen mode. This update of multitasking will also allow two different apps to interact with each others. We’ll be able to drag text or images from one app to the other one.

Also, this thing means that Apple will let developers design App Store apps that can share content with each other. Another thing that it could be happening with this new update it’s a possible launch of a bigger iPad. It remains to see if the Split Screen Multitasking option will be introduced in iOS 8.