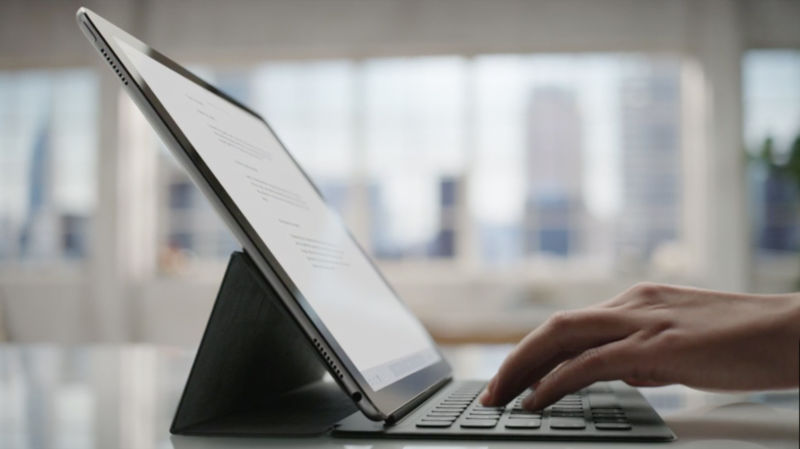 Just as expected, the iPad Pro became official today, as Tim Cook announced it on stage, during Apple’s special event. It’s indeed a 12.9 inch iPad, the biggest slate that ever came from Cupertino, but its form factor feels familiar. 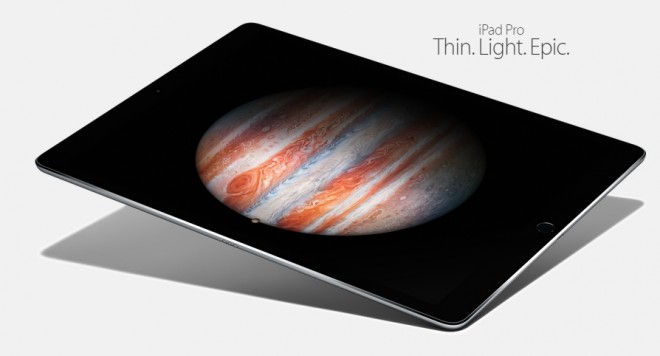 This model offers a Retina screen and an unibody aluminum case, that’s very slim. The design seems to adopt some elements from the iPhone 6 look, as well as elements from the previous iPad Air units. Apple pushes this as a product for media consumption, plus productivity. The screen is a 12.9 inch one with a 2732 x 2048 pixel resolution and inside the tablet there’s an Apple A9X 64 bit chip (new generation) and 2 GB of RAM. Apple promised that the previously mentioned chip offers the same performance as a CPU chip. 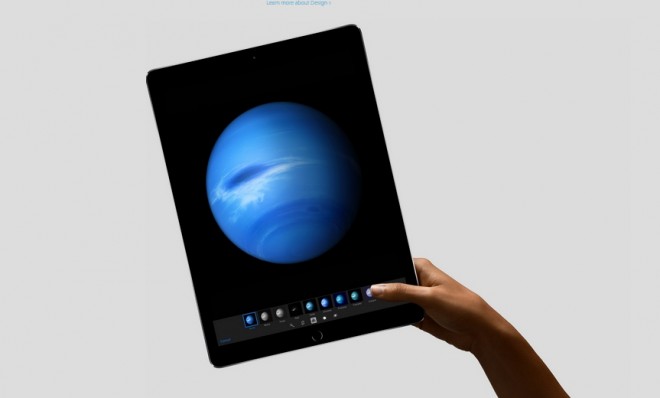 The Cupertino firm says that the tablet offers up to 10 hours of functioning time, which is pretty impressive considering the specs. As rumored, there are 4 speakers here, with the sound being pushed to the user depending on the angle of use of the slate. iPad Pro is only 0.8 mm thicker than the iPad Air, measuring 6.9 mm in waistline. It weighs 710 grams and will come with a special case with a QWERTY keyboard, similar to what Microsoft offered for its Surface slates. 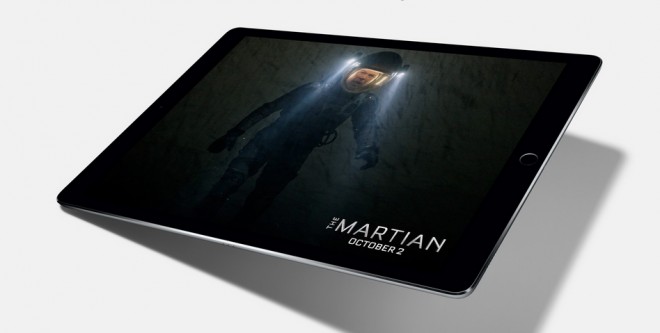 The interesting bit came when Apple revealed a set of special connectors, that allow the case to communicate with the tablet and also charge from it. Apple Pencil is another novelty here, a special stylus accessory, that’s closer to a pencil rather than a pen. It offers “pixel level precision” and designers and graphical artists will love it. At the back of the tablet we find an 8 megapixel iSight camera and other features include WiFi with MIMO and the TouchID fingerprint scanner. 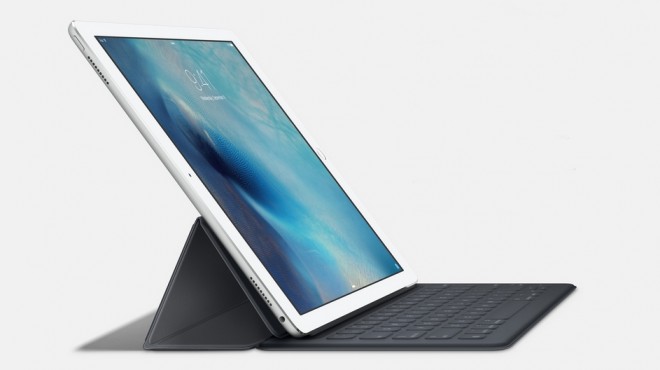 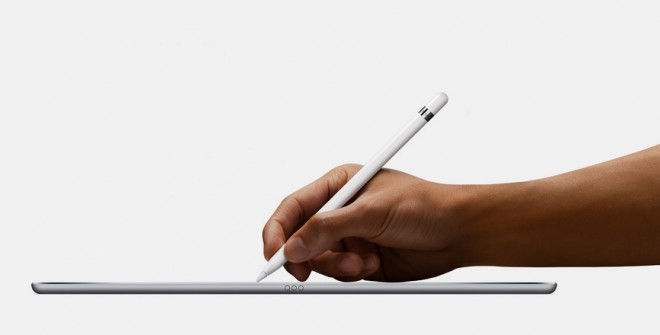 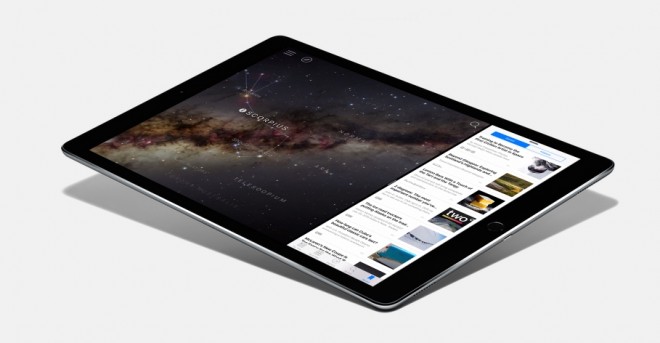 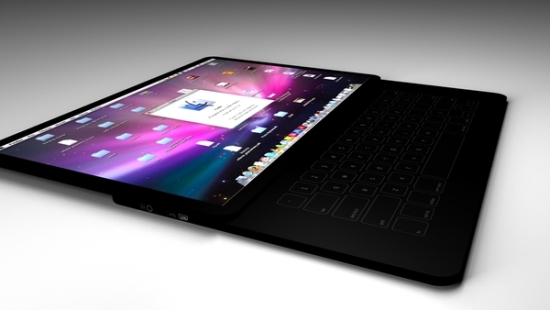