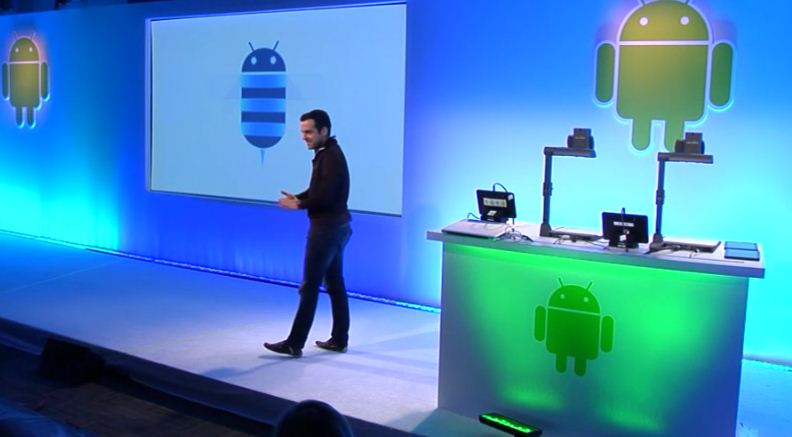 It’s been a busy day for Google, that organized its Honeycomb event, meant not only to detail and clarify all of the features of the new tablet OS, but also to give us a glimpse at the new and improved Android Market. The latter is now available in a web-based version and now let’s see what the Google folks said about Honeycomb. 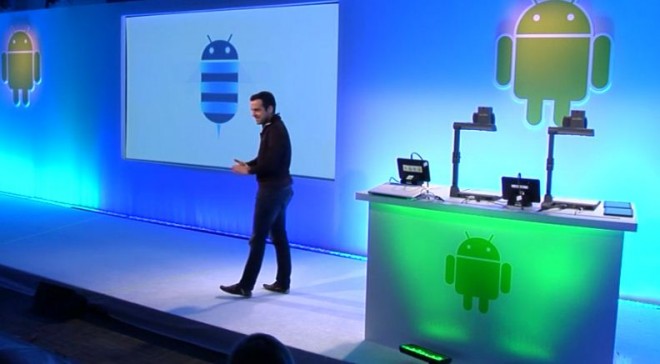 The presentation of the OS began with the interface, that includes a very nifty notifications system, complete with a multitasking button on the lower left. You get a Back Button and Home Button too, while the notifications and clock are found in the lower right side. Widgets are the backbone of the interface and they’re very easy to use.

Multitouch is so powerful in Honeycomb, that you can flip through two widgets at the same time. The Notification System can pop up in front of behind apps, providing a very rich experience to the user, in fact so rich, that you can consider the notifications some sort of pop-up widgets. A nifty way of using these notifications is having the music player pop up when you’re prompted to start another task. 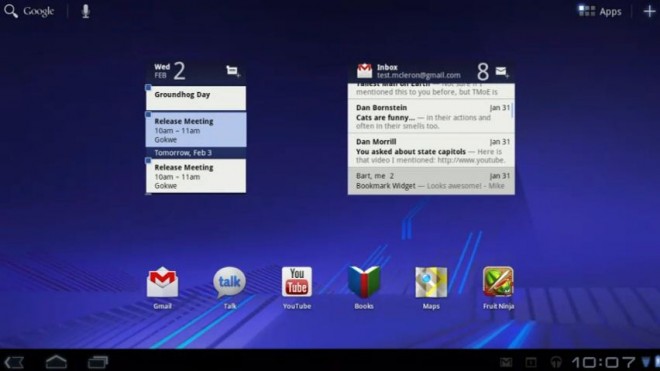 We’ve also seen the gaming capability of the platform and Motorola Xoom, that puts its dual core CPU to good use in titles like Fruit Ninja or Great Battles. Frame rate still isn’t that great, but this is a tablet after all. There was also an embarrassing moment, with the Google folks trying to call rapper Cee-Lo Green and having to get a top developer instead, to do the tablet videochatting.

Back to the OS, Android 3.0 has an incredible YouTube app, that shows a 3D wall of video thumbnails. Apparently, behind this, the Music app and Google book store there’s the Render Script, a power tool for developers to create such stunning graphics. All the sliding and UI interactions have become beautiful thanks to this technology. 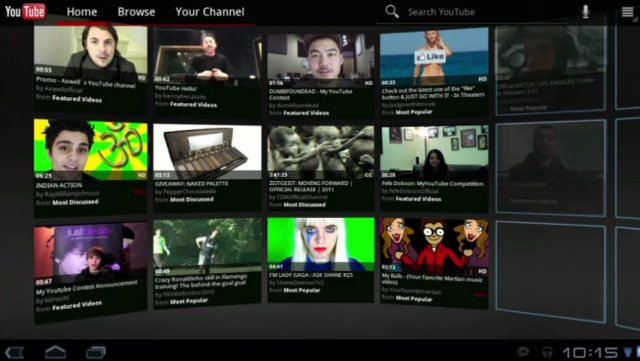 Moving on, we found a CNN rep talking about a future app for Honeycomb, specifically created for reporting on tablets, using the device both to capture what’s happening and the reporter’s face as he details the situation. As far as the Android Market is concerned, it’s now available in a webstore version, allowing the user to download from the browser directly to the device. 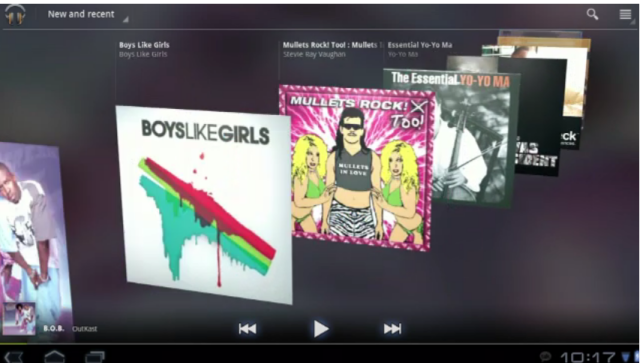 In-app payments are also supported, as shown by a Disney representative talking about future software for Android. There’s a buy button in the Android Market webstore and a tweet button at the right hand corner of the app listing. You can check out the new and improved store by accessing http://market.android.com/ but there have been some people reporting problems with it so far.

Well, now all we can do is wait for the beautiful Xoom to launch and hope Mister Cee-Lo will show up in time for the next Google event. 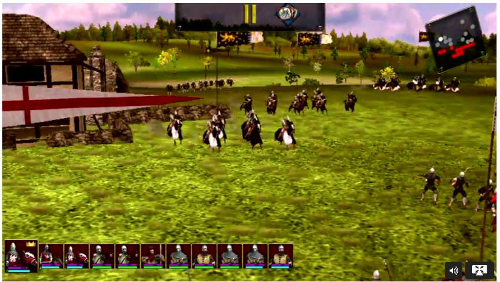 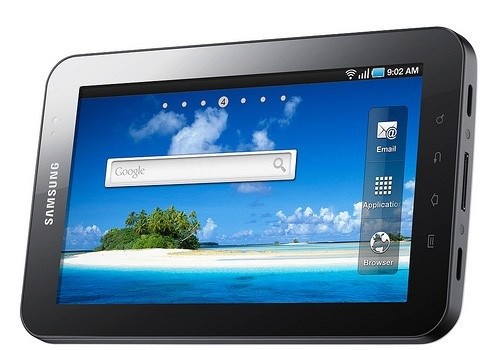