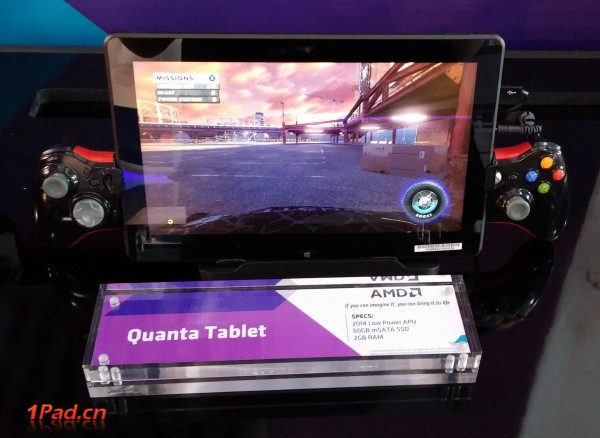 Recently, at the Mobile World Congress 2014 show, AMD announced the first tablet prototype equipped with “Mullins” APU. This tablet runs with only 2W of ultra-low power thanks to the “Mullins” chip found inside.

Also, AMD unveiled a mini-PC named AMD Nano concept PC. This prototype was designed to plug into a TV or a monitor, so it could be used to make video calls using a front-facing webcam. AMD presented some game controllers for tablets that not only looks great, but they give users a better video game experience.