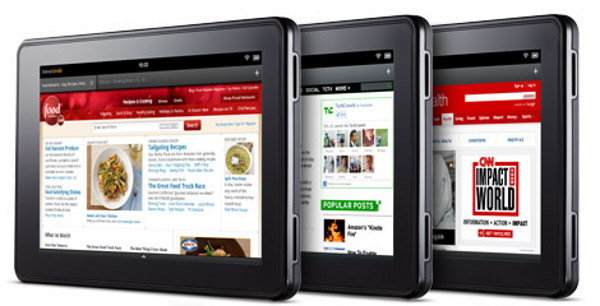 It’s not every day that you get an US Android tablet for $200 with full Amazon functionality available… I’m talking about the Amazon Kindle Fire, that has just had its projections changed to 6 million shipments, so get ready for a crazy and incredible holiday season. The $199 tablet was released on November 15th and it only took a week to have the projections increase.

The info bases information on reports from Display Search, a market research firm. You must know that when the manufacturer was first building the tablets, the shipments were predicted to be at 4 million. When preorders started, the number jumped to 5 million and now it’s 6 million. At this rate, the sky’s the limit and the product has not even conquered Europe and Asia.

Meanwhile, there are rumors on the web that the popularity of the tablet might tempt the likes of Dell and Acer to exit the tablet business, since they’re not willing to sacrifice features and price for the sake of fame. Let me remind you that this future hit of a Kindle tablet packs a 1GHz dual core TI OMAP 4430 processor, a 7 inch display, 512MB of RAM, 8GB of internal memory and a 4400 mAh battery.