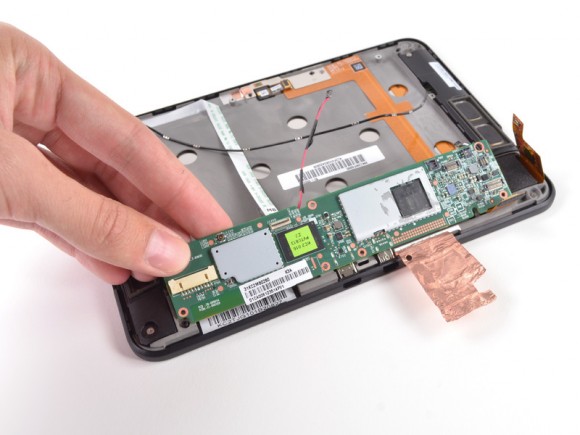 The Amazon Kindle Fire HD 7, the 7 inch new version of the Amazons late, the one priced at $199 has just gone through a detailed teardown courtesy of iFixit. They revealed components inside and construction details. The device uses a Texas Instruments OMAP 4460 dual core processor, a 1.2 GHz CPU for that matter.

It’s strange that it has a 1.2 GHz ticker, since Texas Instruments claimed that the slate will operate at 1.5 GHz. Anyway, also on board we find 16 GB of Flash memory (Samsung KLMAG2GE4A), a Texas Instruments TWL6032 fully integrated power management IC and a Flash Memory Controller. Kindle Fire HD 7 uses 1 GB of DDR2 RAM and supports Bluetooth 4.0 and a PF radio too. The display on board of the new 7 inch Kindle Fire is made by LG and the LCD and front glass panel are fused together, according to iFixit.

This is bad deal for people looking to replace the screen, but at least the back panel is easy to remove and the battery isn’t held with adhesive. Most of the screws inside the device were the same and the only problem iFixit had during the teardown was the copper tape over the CPU. You’ll find more details in our source link, the original teardown. 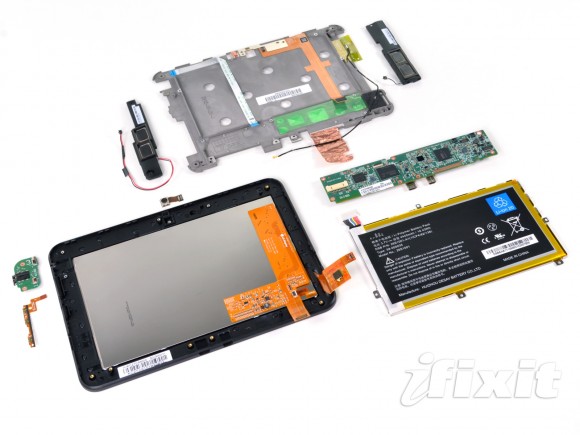