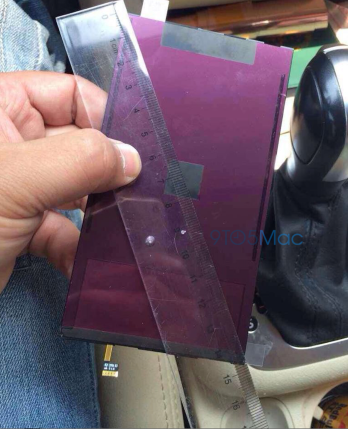 By now everyone knows that Apple wants a piece of the phablet pie, otherwise they wouldn’t be preparing a 5.5 inch iPhone 6. So many leaks, so, so many, but there’s still a shadow of a doubt that they’re making such a product. Sonny Dickson has shared pictures of the LCD display part of the phablet, shown below.

The images show the display attached to a ruler, confirming the diagonal measurement to be around 14 centimeter. That translates to 5.5 inches, so there you have it. Sadly, this is all we have right now, aside from the dummy units floating around the web and handled on camera, in comparison with the likes of Galaxy Note 3 and LG G3. The fact that this component has appeared means that Apple has started producing components for the phablet, so production of the full unit is nearing. 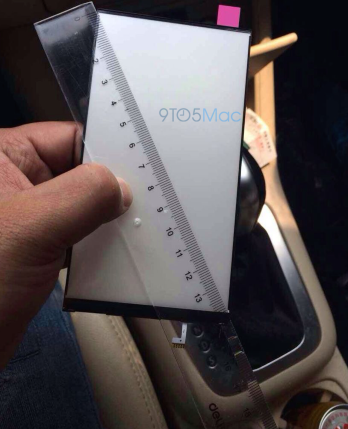 Quite a few reports have mentioned that the 5.5 inch unit will face a shortage or be delayed, but in the end it could come on time. Leaks also talk about an iPhone with a thinner all aluminum body with similar color tones compared to the iPhone 5s. There will also be a new antenna band design and a relocated sleep/wake/power switch. The resolution of 1704 x 960 also keeps appearing in leaks, by the way, as well as new barometer sensors and VoLTE. 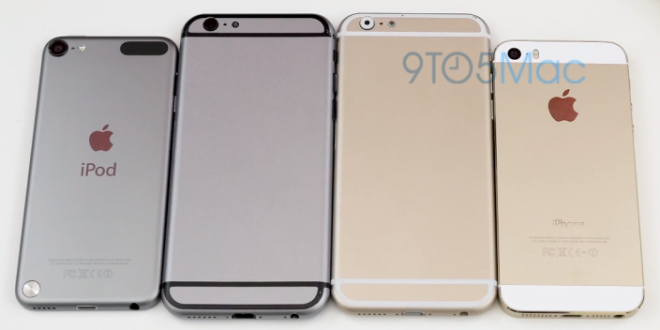 iPad Air Versus All the iPads Ever in a Great Comparison...